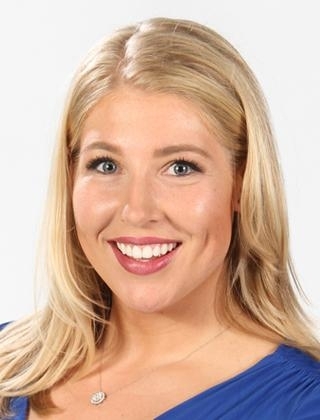 I am overwhelmed by the kindness and generosity of the Texas Spirit.

After driving cross country with my pets, I am so happy to be in the Lone Star State.

I am so excited to have the opportunity to work with Greg Kerr and look forward to learning as much as I can about Southeast Texas.

Before coming to Texas, I worked as a reporter and fill-in anchor in Las Vegas. There I worked on investigative stories where I was able to uncover fiscal mismanagement, I also poured through court records to find a bus driver that had prior allegations of abuse, but continued to work for more than two decades with the same school district.

When I wasn't working, I explored Las Vegas from people watching on the strip to hiking and snowboarding in the mountains. I know all the best places to eat on a budget in Las Vegas and have been to nearly every show along Las Vegas Boulevard .

Before working in Las Vegas, I made stops at TV stations in Santa Barbara, CA, Des Moines, IA, and Missoula, Montana.

I got the news bug early on in my life. When I was in 6th grade, I saved up all the money I earned from babysitting and bought a video camera so I could interview people and shoot video before summer vacation.

I landed my first job in media, hosting a daily call-in program on a country music radio station in Southwest Iowa when I was in 8th grade.

After graduating high school, I attended Pepperdine University in Malibu, CA. The I headed overseas and lived in Argentina and Italy.

When I'm not at work, you might find me spending time at the gym, hiking or antiquing and refurbishing.

I also love hanging out with my animals. I have a Yorkie named Teddy and two cats; Calvin & Klein.